History of the Residents Association 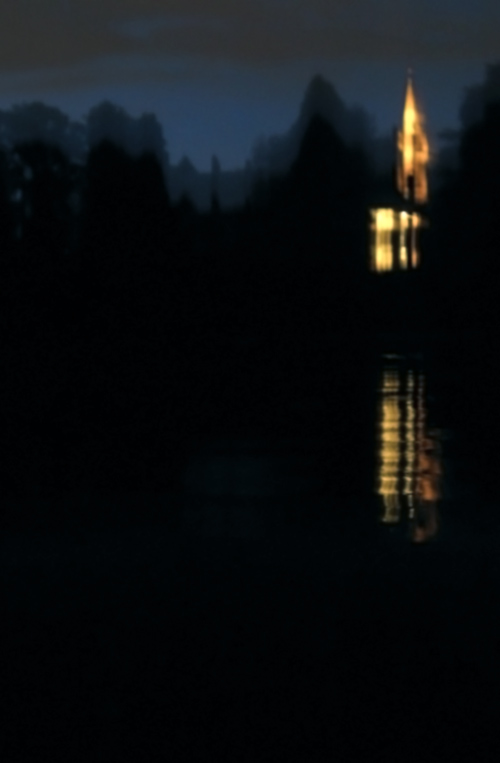 Chantry Road & Park Hill Residents Association has been active since 1965. It represents the residents of the two roads when considering Planning Applications for the immediate neighbourhood and organises a number of social events and sporting activities each year.

The Aims of the Association are:

All who live in Chantry Road or Park Hill are eligible to become members subject to payment of an annual subscription.

The Main Committee of the Association meets throughout the year, usually on the first Wednesday of each month. It discusses Planning Applications, oversees the income & expenditure of the Association, and provides a regular forum for discussion of local issues.

The Origins of Chantry Road and Park Hill

What follows is a summary of the findings of our research into the origins of the two roads. The majority of the research was carried out in the Local History and Archives Departments of the Central Library, supplemented by information from residents.

A list of sources is included in case others want to continue the research, in particular residents who might like to discover more details about their own houses.

We have tried to check our information as far as possible, but we are aware that there are probably errors in our lists : records are incomplete, information from different sources sometimes conflicts, and research into the earliest houses was made more difficult by the fact that over the years houses changed names and, in the case of some Park Hill houses, changed numbers also. For one house near the top of Park Hill we have records of three different numbers and four different names!

We apologise for any errors, particularly those caused by our own mistakes, and would ask anyone who can correct any of our information to contact us so that we can amend our records.

In the beginning, there was no Park Hill.

(Or Chantry Road, for that matter.)

The first records for Park Hill, Moseley, are in 1868. Before this, the Directories (note 1) do not mention the road, and it does not appear in the Rate Books (note 2) until 1871.

There are just 2 entries for Park Hill in the 1868 Kelly’s Directory of Birmingham:

One is George Padmore, a manufacturer of ivory goods, at The Shrubbery. The house is listed as no.1 in the first lists. It seems that the majority of the early houses were built at the top of the road, facing the church, and were numbered 1 – 8. By the turn of the century, these had become 2 – 16, and the rest of the houses on that side were 18 – 62. In about 1937, this even-numbered side was re-numbered again, from 14 – 128. The Shrubbery, later listed as Springfield, still stands today and is number 14. The Padmore family are still in business in Birmingham, as manufacturers of snooker tables.

The second house listed in 1868 was Park Hill House, later listed as Campden House and owned by John Pickering, a tallow chandler. This is now no. 114. It seems that Mr Pickering moved further down the road in 1890 to Glen Lyn (now no. 128). The 1890 date is shown on the front of that house, as is the name.

The 1868 entry for Moseley in Kelly’s Directory reads : “Moseley is a village two and a half miles south from Birmingham and three and a half miles north from Kings Norton, on the high road to Evesham, in the western division of the county of Worcestershire, union and parish of Kings Norton……The village is pleasant and possesses fine scenery …. …the population in 1861 was 1491 …… omnibuses to Birmingham from the Fighting Cocks ten times a day .”Presumably, one house in what is now Park Hill existed before either of the two mentioned above, and that is Park Cottage (now35b) on the south side. This was the gamekeeper’s cottage for the Taylor Estate which owned Moseley Hall and the surrounding land, and thus the early records for Park Hill do not include it.

No 3, Livesley House, occupied by Thomas Livesley Plant, a railway advertising contractor. This name was soon changed to Jesmond Dene and today the house is No 24.

No 6, The Briars, occupied by the Pridmore family and later by John Houghton, house agent, is now No 36.

No 7, Helvellyn, later Rock Mount, and now No 40, was first occupied by Henry Hatch, described as a merchant, then by Thomas Arter, spoon manufacturer. The Arter family moved down the road to Mariemont, now demolished, in 1896.

Piggott, a son presumably, is listed. The house is now No 42, The Grange, but two stone lions still adorn the entrance.

Another Piggott son was the first resident of Clydesale, now No 86, and in 1901 he moved over the road to No 35, Newlands. The present residents purchased the house when his daughter, Miss Margaret Piggott, died in 1982.

Over the next few years, more houses were added to the north side :

Woodside, now No 66, is listed in 1872 under the name of Samuel King, variously described as a tea dealer or a grocer. (He was still there for the 1901 census).

Summerlands, now No 72 and (until recently) a nursing home of the same name, was occupied by G.Thomas, a Baptist minister.

The next to be built was Mariemont, now demolished and replaced by two more recent houses at the corner of Park Hill and Augusta Road. Mariemont was first occupied by J.Nicholls, a wire manufacturer.

Then Broxbourne Villa, now No 54, was added in 1878. It was occupied by William Willcox, a gas fitting manufacturer.

Apart from using Directories and Rate Books, we were able to check these very early residents of Park Hill in the 1871 and 1881 censuses. (The 1891 census – not available until after 1991 – should make interesting reading, as will 1901, since the two roads were virtually complete by the turn of the century.)

From the censuses it can be seen that all the households included at least one domestic servant.

The 1881 census includes all the families mentioned so far, but also four more Park Hill families for whom we have no trace of addresses : A.Adkins, I.Hollis, A.Greves, J.Smyth. If anyone comes across these in deeds, we would be grateful to hear about them.

Moving into the 1880s, William Willcox from 54 Park Hill purchased the plot next door and had Eversleigh built. That house, now No 50, was first occupied by Samuel Smith.

When Eversleigh was completed, there were houses down the north side of Park Hill as far as Summerlands, and then Park Hill House further down. On the south side was St. Anne’s Church, consecrated in 1874, and Park Cottage further down.

At the end of the 80s and early 90s further houses were built on both sides:

Elsinore, now No 80, first record 1888; Clydesale, now No 86 ; Glaisdale, now No 96, occupied by W.E. Adlard, paper manufacturer, in 1891. Ten years later his wife bought a plot over the road and had Norbrook (now No 43) and Oak Lodge (now No 45) built. Then there was Greengate, now No 98; Arden Bank, now No 102; Westfield, now No 106; Langdale, now No 108 and with the same name. The occupier of Langdale was Arthur Alabaster in 1888; he was one of the early church wardens of St Anne’s Church, as were several other residents of this road in the early years. Some of Alabaster’s descendants still live in Moseley. Also Glen Lyn, now No 128 and referred to earlier, was built at this time.

When there were houses on the north side only, they must have had a wonderful view right across the Taylor Estate land towards Moseley Hall (Chantry Road and Salisbury Road had not yet been built). We wonder how those residents viewed the prospect of further developments!

There were also a number of houses built on the south side around 1890 :

No 1, Arran Lodge, and No 3, Beaumanor, were later demolished to make way for flats at the top of Park Hill.

No 5, Churchill, was occupied by H.Bloomer ; No 7, Mossbank, by A.Hoseason, another church warden. (The 1901 census lists him at this address too).

No 9, Westcourt, was occupied in 1891 by J.Botteley, a district councilor. This was demolished in 1980 when owned by Dr Alexander, and a block of flats called Alexander Court takes its place.

No 11, Monterey, and No 13, Barnesley, first appear in the records in 1888. Monterey was occupied by Althans Blackwell, who then purchased a plot in Chantry Road in 1894 and had No30, Brackley Dene, built. His daughter still lives there.

There is some uncertainty about St. Anne’s Vicarage (which has now been replaced by a modern house). One source says that the vicarage was occupied b the first incumbent, Rev. Leverett, from 1874, but the house is first reliably listed in 1896 when the vicar was Rev J.Jones. (Could No 3, Livesley House, have been the first Vicarage?)

The next five houses on the south side just past the church were demolished in the mid 1970s to make way for St Anne’s Court. These were probably Westward Ho! (owned by J.Munro, coffin manufacturer 1888), Westmount, Woodville, Rockliffe and Willoughby.

One house was added in 1890 beyond what is now the junction with Chantry Road. This was The Dell, sometimes appearing as The Lodge (now No 33), built for T.N.Fuller. The initials R.F. – for his wife, Rebecca Fuller – are on the front of the house.

A planning application was lodged on March 25, 1890, by W.F. Taylor to cut Chantry Road through the land of the Taylor Estate. Various plots were sold, planning applications (note 4) were submitted in the early 1890s and several houses begin to appear in the lists in 1894 – 6.

The first application was by Mr S.Taylor (same family?) who built no 32, Boscobel. Then came No 30, Brackley Dene, for Althans Blackwell (these two house names survive).

On the other side of Chantry Road, several houses also appear on the lists in 1895/6 : Nos 7, Amberley, and 9 were both owned by T.C.Sharp but Mrs Sabin occupied No 7; No 13, Hillside (now 11a); No 15, Brent Knoll; No 21 Rotherwood ; No 23 Croyland ; No 27 St. Elmo, St Elmo, which seems to have been owned by Henry Heaven of No 22 but occupied by J. Nichol ; No 29, Churchfield ; and Nos 43 – 69 inclusive. These latter houses seem to have been owned in groups by various builders initially. The houses at the very top of the road on the north side look today as if they should have names on them like the houses facing, but there is a blank strip on each. The names in the records are :

THE TURN OF THE CENTURY

At about the same time, the houses at the bottom of Park Hill were added : No 31, Ranelagh (until recently Parkdene Nursing Home); No 35, Newlands(1901 census confirms that this was owned by the Piggott family) ; No 37 , The Red House; No 39, The Cottage; No 43, Norbrook ; No 45, Oak Lodge. The architect E.C.Bewlay (of Edwards, Bigwood and Bewlay) was the first owner of No 39. He designed his own house and also Nos 37 and 35.

Central Library Local Studies Department has copies of Kelly’s . Hulley’s and Post Office Directories for Birmingham for various years. Listed under ‘Moseley’, in alphabetical order, are all the people with a trade or profession, and their addresses are given.

Everson’s Directory of Moseley and Kings Heath for 1896 and 1901 gives a more easily accessible list of names and addresses listed by road.

Central Library Archives Department has rate books, huge tomes recording the rates collected from each house in a parish. Moseley is included in the Kings Norton Parish in the 1800s. Owners are listed as well as occupiers.

Censuses for 1871 and 1881 can be viewed in the Local Studies Department of the Central Library.

In the Archives Department is a list of planning applications listed in date order. If you can identify a planning application by knowing the name of the original owner or builder, it can be requested from the staff and made available for inspection.

Corrections/additions in italics were made October 2003.